We have the great pleasure to inform you of a generous CPA offer!


Reality Lovers is increasing the current CPA of EUR 32 to a whopping EUR 70 for the full month.

The time to grab the highest CPA is now. It will apply for the whole month of November 2018.

So, act now – do not miss this one-of-a-kind opportunity to boost your profit! 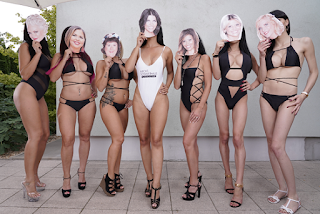 The entire series has brought Reality Lovers an increase a 4-fold increase in DACH visitors (DACH refers to the countries of Germany, Austria, and Switzerland) over the previous period.

In addition to that, this increased traffic has generated a 15-fold boost in DACH customers for the studio. The success of the reality show only underscores the public’s openness and curiosity in exploring human sexuality, even alternative lifestyles.

Micaela Schaefer, Texas Patti, Conny Dachs, Jason Steel, Jolee Love or Kimber Lee, have all had to get comfortable with each other at the villa really quick. Otherwise, their existence would be hell.

There was nothing to be taken for granted, no script to go by, each participant only had their partner to rely on, well almost. In short, Mica’s house was one anything-goes kind of experience.

The experience with the project serves as an encouragement for the studio to pursue similar undertakings in the future.

Greetings FMC Partners,
We would like to point your attention to some epic releases scheduled for the month of April.
First of all, you can look forward to Aloy’s Shelter – released at the beginning of April, which is Reality Lovers’ latest take on Horizon Zero Dawn, a popular cosplay. It takes us to a lush, post-apocalyptic world where nature has reclaimed the ruins of a forgotten civilization, and where pockets of humanity live on in primitive hunter-gatherer tribes.
Our heroine’s name is Aloy, (masterfully portrayed by Red Bird), and she is on the run for her life, hiding in the woods, trying to shake off her robotic pursuers. Aloy’s Shelter puts you at the edge of your seat ꟷ starting with the innuendo, to the hot sex action. The POV perspective really does it justice, making the viewer feel completely immersed in the scene.
Caveman’s Meat

Yet another noteworthy release from Reality Lover’s shop is slated for release on April 25th. It takes the viewers back in time thanks to the skillful deployment of green-screen technology. In the scene, you are a pre-historic caveman returning from a hunt set on satisfying your woman’s craving for (your) meat. You can consider yourself as extremely lucky as your woman is none other than the talented Francys Belle. Experience the joy she feels as you enter her cave – again and again.
So there is a lot to look forward to for the month of April. You can look forward to some fresh news from our kitchen for the upcoming period. We will drop just one hint – BFFS in new NYC.
Stay posted.


Your Business Partners
at Reality Lovers

Get ready for Cascais (Lisbon), 2-5 March 2018, a splendid place to have The European Summit, Europe’s leading Networking Conference & Expo for (high volume) Digital Products: https://www.theeuropeansummit.com/
The entire FMC and Reality Lovers team is looking forward seeing you there. We are excited that together we will be able to explore opportunities that are relevant to our shared business interests - in the online entertainment industry, virtual reality, mainstream apps, e-commerce and many others during these intensive 3-days.
So don’t hesitate to schedule a meeting with us - and see you in Lisbon!
Posted by First Mobile Cash at 9:53 AM 1 comments

In line with our search for ever more exotic destinations – we would like to invite you to PGBS 2018 in Panama!

The convention will take place February 8-10, 2018 in Panama City ꟷ and yes, part of it will be out at sea. Of course, FMC will be there ꟷ happy to meet with you and discuss e-commerce, and beyond.

We look forward to presenting and hearing your feedback on our mainstream applications, adult products and mainly... our unique VR revenue stream ꟷ www.realitylovers.com.

So, RSVP quick @ https://panama-gbs.com/ as the date is approaching fast.

First Mobile Cash is expanding their reach into new countries including India, South Africa, Thailand and more than forty other fast rising mobile markets, along with a rapid increase in their product portfolio by acquiring Salty Mobile and Flixaphone and their popular existing brands.
“Salty Mobile/Flixaphone is specialized in worldwide mobile consulting. The focus of their company has always been connecting mobile traffic with offers that form well across various device and carrier networks,” said René Pour, President of First Mobile Cash. “Our own experience combining online and mobile traffic into comprehensive solutions, provides a great basis for a successful and efficient business combination in the mobile monetization industry.”
“We are excited to be joining forces with First Mobile Cash,” said Christoph Hermes, Founder & CEO of Salty Mobile/Flixaphone. “The aim of this merger is to gain from the mutual experience we share in the field, to drive both companies forward as we build an even stronger brand and become the market leader in the minds of even more clients.”
The Salty Mobile/Flixaphone team is already being integrated into the FMC system and the newly combined forces will have enormous international reach in Europe, Asia, the Middle East, and virtually everywhere else traffic sources exist.
More information will be available soon, but for now the status of the accounts from both companies remains unchanged. Reach out to your sales manager to see how you can quickly access global mobile traffic or cash in with high EPC offers.
Posted by First Mobile Cash at 3:13 PM 23 comments

It's been a long time since we've updated the blog, but here we are now with some uber hot promos for you.

First, let's get you acquainted with our awesome Virtual Reality product, called Reality Lovers. It's something we carefully prepared and grew over the past 6 months, and since it's launch we're even prouder to have such a solution. You can promote it on desktop and mobile and we offer an unbeatable CPA - $55, the biggest payout in the industry. If you would like to promote the future, the time is now! Get in touch today! 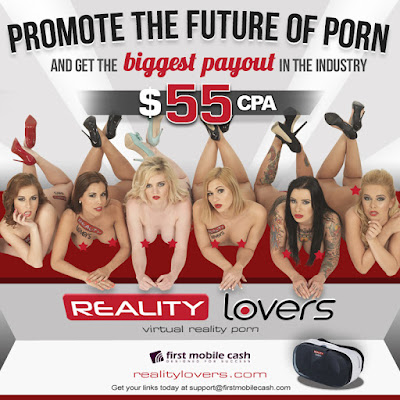 August's monthly promo is represented by our new carrier solutions in Great Britain, Portugal, Spain and Italy. We aim performance, and if you think the same, send us an email at support@firstmobilecash.com to find out the updated eCPMs 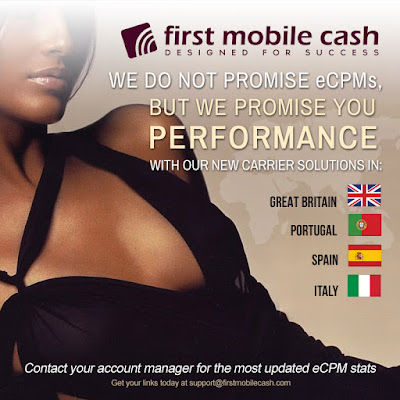 Meet Our Team at Internext in Las Vegas!

First Mobile Cash team is coming to Las Vegas in January in full force! We will be attending Internext Expo & Affiliate Summit West from January from 17 to January 20, so if you're in town, we would love to meet with you and discuss potential cooperation in mobile traffic monetization.
To schedule a meeting, contact us at sales@firstmobilecash.com